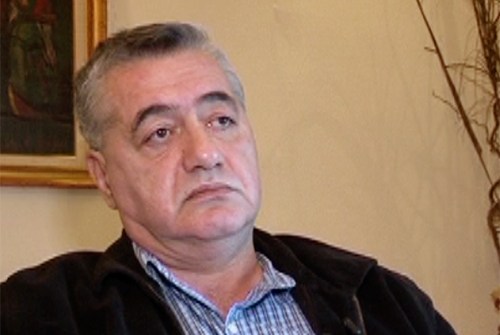 There hasn’t been any other immigration to the homeland, not only after the international war, but generally, in our recent history. It’s my wish that it doesn’t remain the last.

The Hnchag party supported the repatriation. That diaspora-homeland separation was never made. Armenians living outside must be brought to Armenia. They will be better Armenians there. Armenia must be strengthened and must develop. Even if the best schools are built in the diaspora, the best clubs, the best newspapers are published, all of them won’t last. Armenia is our objective. ‘We will pitch tents on the slopes of Ararat’. That was the slogan of the day.

For example, the entire Kesab branch (of the party-ed.), whole families, immigrated to Armenia. There were many immigrants from other regions as well. The party believed that Soviet Armenia was the final homeland for Armenians. And the day came when that idea was justified. Our homeland of today, Armenia, the homeland of all Armenians, was Soviet Armenia back then.

After the victory, the political status of the Soviet Union, of its military, was very high. Thus, people were convinced that they would go to a country that was the first in the world, the strongest, whose leader was Stalin. That was the mentality of people. But the tragedy was that the reality was incorrectly represented.

People were going to Armenia believing it was the world’s most beautiful, best, most perfect country. It was with these convictions that people got up and went. Later, it turned out that this was wrong. To make matters worse, there was the Stalinist dictatorship. So, people went and placed their heads under this great dictatorship due to their patriotism and the belief that at that historical point in time they were going to a victorious homeland.

And the minimum conditions for their resettlement hadn’t been created. Relatives have told me how they got stones from one place stole cement from another, metal from somewhere else, just to put a roof over their heads.

Initially, fake letters arrived saying they were living very well and our papers published those letters as a form of propaganda. Later, however, the truth came to the fore – that those people had written lies, that they had been exiled, and had been forced to write such things. This moral damage was much greater than any political damage.

However, the leaders of the repatriation really believed in what they were doing. In the end, you are sending people to Armenia, the homeland. They weren’t the kind of people to deceive. Devedjian was the president. He went and was killed in Armenia.

The deception came from Armenia. They presented a positive image of things. These people didn’t know Armenia. They hadn’t gone and seen things with their own eyes.

I believe that a part of the opposition between repatriates and locals was only natural. In what way? Let’s say I leave from here and go to another village. They would call me a stranger. Here, we have an Armenian village called Aynjar. Even if you are a good man and go there, they will call you a yapanjou (a foreigner). If a foreigner does good work, the residents of that neighborhood, the guys, will look at him differently. Today, if a boy from one neighborhood in Armenia enters another neighborhood and talks to a girl there, the boys of that neighborhood will look at him differently. Thus, this man is from the outside – an akhpar. This is on the popular level. On the political level, an akhpar wouldn’t get accepted to a government post. They were regarded as the agents of imperialism, as potential traitors.

If 150,000 people from the diaspora went to Armenia again today, this same antagonism would occur. Let a person from Karabakh, from a village, even someone born in Armenia, go to Yerevan; that antagonism will exist.

The main reason why the repatriates eventually emigrated from Armenia was that they had the means to. That’s to say when the Helsinki Accords were signed, a relative had the right to join a relative elsewhere. If locals also had that chance, they too would have emigrated. But locals didn’t have those relatives on the outside who could file a petition summoning them.

I remember this joke. Akhpars aren’t born, they come. Akhpars don’t die, they go. They came and many then left. Here’s another joke. Comrade Margo says, Vardanik jan, if the Soviet opens the borders what will you do? I’ll climb a mountain. Why? So that I’m not trampled underfoot.

People were going to Armenia believing it was the world’s most beautiful, best, most perfect country. It was with these convictions that people got up and went. Later, it turned out that this was wrong.