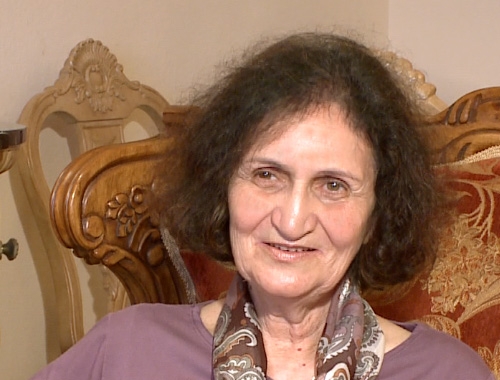 My father was patriotic and decided to move to Armenia in order that his three girls wouldn’t marry non-Armenians.

My father was a very happy man. When he came to Armenia, he knelt and kissed the ground. He never was disenchanted. He was an optimist.

Immediately upon arriving in Armenia, they sent us to Stepanavan. Cargo transport trucks took us and several other families.

It was a cold winter. All of a sudden, the trucks dumped our stuff on the street. A sixteen-year-old girl felt sorry for us and took us to her family’s barn. She gave us a small spot inside. Her family was also hungry. The menfolk had gone to the war and hadn’t returned. My mother would say they boiled and ate the wheat chafe.

My father decided that we should move to Yerevan. His uncle’s daughter, who repatriated in 1922, was living there. We rented an apartment in Yerevan, near the Shirvanzadeh School.

My father and his brother learnt various trades in an orphanage on the island of Corfu. My father was a photographer in Egypt. When we came to Armenia, he tried to continue working in photography but times were tough and people didn’t have money to get photographed. I believe that he did some photography in Stepanavan, getting paid in potatoes and other food items.

My father tried to provide for his family by working in photography, but it didn’t pan out. I don’t know how, but he wound up working in a canning factory. Later, we built a house. My father worked day and night, working with those stones, just to give us a good life. He planted trees in the yard and we moved into the new house.

Every day, when he came home, I would ask him (I was still probably speaking in western Armenian), “Father, what have you brought me?” And he would answer, “I brought myself, my girl, myself.” Later, I understood what that meant. That day when he came home was a gift for us. One morning he left and never returned. We waited a long time. Later, his friend came and brought his clothes. The friend said my father was missing. We don’t know what happened.

My mother went to find out what he died from, what had happened. Every time, they threatened her saying - get lost, or else we’ll take you away and throw you in jail. Some say they poisoned him, some say he had a heart attack and died. But thirty years later, when we had moved to America, we met some acquaintances by accident who worked in the same place as my father. They said that they murdered my father by smashing him against a wall by a truck.

When my father died, my father’s sister was living with us. Five women in the family. My mother pulled herself together quite quickly even though she cried the entire day. I remember the tears. They even suggested that she place her children in an orphanage so that she could marry again.

She was good at handicrafts and started to take all the fabric in the house, cut it up, and then refashion and sew it. Later, she started to sew blouses and other things. The work was so good that she started to get orders. Of course, she worked in secret and in fear of the tax authorities.

We lived in that constant fear. She took the clothes to the market to sell, and she raised us very well. She gathered the neighborhood women and gave them work as well.

On the other hand, we were always stuck in court cases. My mother always wanted to know what happened to her husband. But nothing was clarified. Since my father died at his workplace, the court decided to pay each family member ninety rubles in compensation.

We lived in Blour (a neighborhood in Yerevan’s Arabkir district). Most of the residents were repatriates like us. While I wouldn’t say that the locals didn’t tolerate us, there were teachers at school that discriminated, saying that we were from akhpar families. We didn’t have such problems in our circle of friends. I attended the Bryusov Institute of Foreign Languages and didn’t experience any discrimination.

I loved Armenia very much and didn’t want to leave. But when the entire family decided to leave, we didn’t want the family to split up and we were forced to come to America. I am still there in my mind. My children have grown up here. If they have children of their own, they want to send them to Armenian school in order to remain Armenian.

I don’t know. We will try. God willing, one day everything will be fine and we’ll return. Nevertheless, I believe that only a few will return unless there’s a very strong reason to return. Then too, since my kids have put down roots here, I believe it will be quite hard for them to return.

Every day, when he came home, I would ask him (I was still probably speaking in western Armenian), “Father, what have you brought me?” And he would answer, “I brought myself, my girl, myself.” 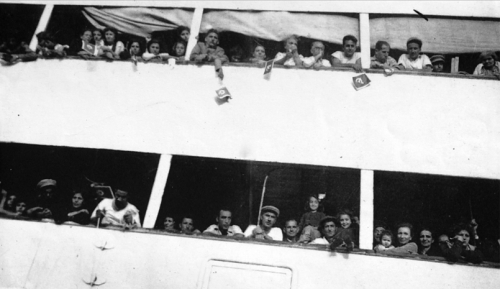